Hanahan Fire Station #1 on Campbell Street, near Hanahan City Hall, is teaming up with Pet Helpers to help locate their missing firedog, Ash. Pet Helpers’ initial reward of $1,000 is being matched by Battalion Chief Lee Bailey. A total of $2,000 will be offered to anyone who can provide information leading to the return of Ash.

“Ash has an amazing home at the firehouse and in return he brings comfort and stress relief for the first responders who put their lives on the line daily,” said Pet Helpers Executive Director Melissa Susko. “After I heard how much Ash meant to the firefighters and crew at the station, I offered our assistance any way possible to help bring Ash home where he belongs.”

Ash is an 8-month old, blue pitbull, who weighs between 50 and 60 pounds, and unfortunately has not yet been microchipped or neutered. He was last seen at approximately 11:00 p.m. at the station, and is presumed to have snuck out the back door. Anyone with information or sightings is asked to ​please call the Hanahan Fire Station #1 at 843-926-2830.

“Ash is a really friendly dog. He likes to wrestle with his fellow firefighters, and loves cuddling even more,” said Captain Tim Gross. “Saying that we miss him is an understatement. The firehouse just doesn’t feel the same without him.” Ash initially came under the station’s care when one of the crew rescued him as a puppy from a nearby swamp. Ever since, he’s become a beloved part of the fire department family. 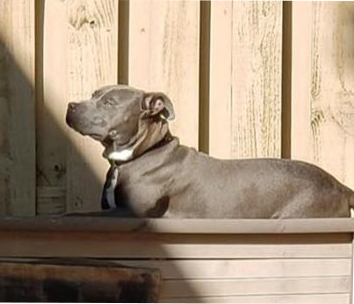